Tips to Remodel Your Bathroom on a Budget 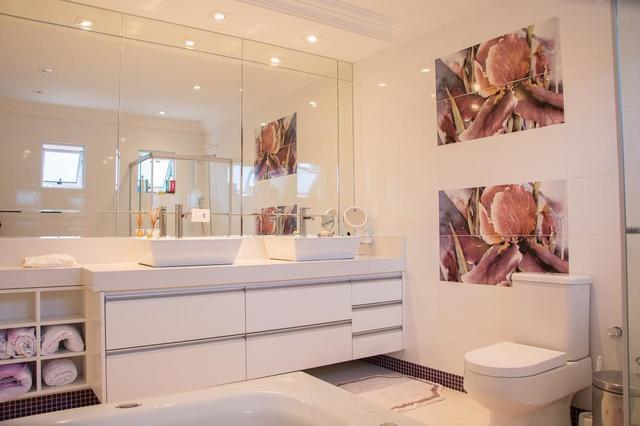 1. Cover and Re-Surface Instead of Replace: If the material is still in working order, fix it up and reuse it. This is the guiding principle of any surface-level restoration, although you NEVER want to cover anything because it needs to be replaced.

2. Search for Low-Cost Substitutes: Often, inexpensive alternatives look almost exactly like the real thing. For example, instead of using wood plank flooring, try using luxury vinyl flooring instead. Radiant-heat granite flooring is for sure very classy and has its benefits, but the investment alone will squander your entire remodeling budget. Vinyl looks better than ever, and with innovations such as luxury vinyl flooring (LVF) and plank vinyl flooring, the options are limitless!

3. Refinish The Tub Instead of Replacing It: Instead of replacing the bathtub, try refinishing or relining it. Bathtub or shower refinishing is an excellent example of "cover, not replace." If the problem is predominantly cosmetic like yellowing walls or some minor dings, just refinish it! Another option to consider is bathtub and shower liners but, they are not as cheap as they seem. Also, they are not a permanent fix, and they will only last a few years.

4. Install a Pre-Fab Shower Rather Than a Tiled Shower: Pre-fabricated shower assemblies are generally cheaper than tiled showers.

5. Resist the Urge to Move Major Plumbing: Save money by leaving the toilet and other bathing facilities where they are. If it's at all possible to not move anything, then don't. Moving the water supply and/or drainage quickly drives up the cost of any remodel project.

6. Design Your Bathroom Yourself: While bathroom designers are exceptional; they can also break your bathroom remodel budget, so consider doing it yourself. If saving money is your top priority, it is possible to design your own bathroom. If you are going to follow tip number five and you aren't going to move fixtures around, the hardest part of the remodel is over! Bathroom designers are good at not just the aesthetic appeal but at powering through difficult logistical problems (door clearances, etc.). So, half of the design difficulty is immediately lifted.

7. Save on Counter Tops: A current trend is to spend copious amounts on granite countertops. Because the bathroom countertop covers such a small surface, the investment is usually somewhat low compared to what you’d spend on kitchen counters. So how do you save here? First, look at the color: colors like brown, light beige, and tan are more sought after, which means they are going to cost more. One way to potentially save money is to consider a wider swath of colors, that are more cost-effective. If you are set on granite, purchase a slab with imperfections, the more visible the imperfection, the cheaper it will be.

Back to Previous Page
Back to News & Events

We serve the following areas